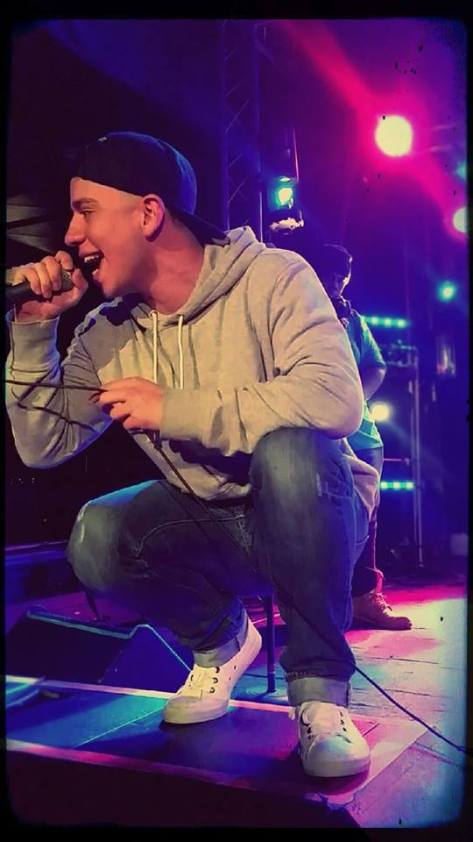 Local Chicago Hip Hop MC RhymSter is stirring up quite the buzz around the underground scene. Since the release of his last singles You Don’t Know and Can’t Fuck With Us RhymS has been busy making more music, networking and doing shows around Chicago and getting his name and brand out there. These days you can catch him bouncing around open mics in Chicago between Lily’s on Lincoln and Halsted and Subterranean in Wicker Park. With this ambition he has been turning heads and gainin some street cred.

While building a good name for himself at open mics, underground Chicago artists from SAK Crew have taken notice to RhymSters talents . One thing leads to another and RhymS and the SAK Crew start doing shows together. Recently headlining a show at the Cubby Bear in Wrigleyville, RhymSter invited SamIAm the MC from SAK, an off the top Freestyler, MTV World Rap Battle finalist and BET‘s 106 & Park Freestyle Friday Hall of Famer, onto the stage to cap off a wicked set. It was not long before RhymS was initiated a member of their crew.

While RhymS chit chats with the local artists, gaining support for total world control, he has also been hard at work making beats with those same artists. Just a few days ago releasing Ya’ Playin, a head bopper with SamIAm the Mc, produced by the talented Hip Hop producer and RhymSters go to beat maker from Germany, Henrik3000. Also givin away another collab for free, Yin & Yang, produced by Frekwenzy and Sandlot MC L.x.

With all this being said, it is only the beginning for RhymSter. He has so much more planned. Linguistic Rhetoric, an EP in the works, straight hip hop, is gonna be a must if you love that creative flow. More work with Henrik3000, MachoBeatz. Shows, of course, you have to catch RhymS at one of the freestyle open mics at SubT, or Lily’s or where ever he finds one, no place is safe. Or you know you can wait for a tour. He knows how to catch a crowd, even from the top of his dome.